Last Year It Seemed I Was MIA 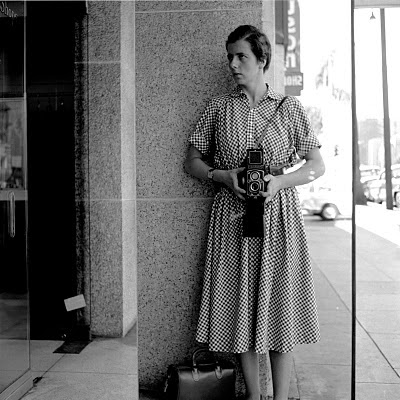 I know, I know,it has been months almost a year since I last posted ,when I left with vague words of other projects and announcements to come.Well, one of them was an exhibition of Vivian Maier photographs in New York City,the first, this past summer of 2011.I also worked as the creative/art director of a new online photography magazine which will release its' 8th issue in February,more on that later and there will be more, much more.
But first about Vivian Maier,the prints were from Jeffery Goldstein and Vivian Maier Prints .The exhibition contain 60 images 20 vintage 1951-54 and 40 estate prints .Three of my favorite galleries have become involved with exhibiting her work .She recently had shows at Stephen Cohen gallery in LA,Steven Kasher gallery in New York and Jackson Fine Arts in Atlanta opening last night Vivian Maier will be at Jackson Fine Art through April 7. Details to come about this show in February as I will be making a trip to speak about my experiences working on the Vivian Maier exhibition
Anyway I suggest that if you have some free time and are in these cities that you stopped,make a little gallery visit to see her work and become a part of this adventure the discovery of a new artist.
Posted by JB3 at 3:16 AM No comments: